Exciting night in the ER

Yesterday it rained all day so the kids had indoor recess every time. Which mean they were nuts! Grier was trying to find a quiet spot to read her book and ended up at the end of the hall. Somehow the fire doors which are always suppose to be open had been closed and while Grier was sitting reading a large kid came running through them and smashed her in the temple with the door. OK so she shook that off and kept going with her day, but her head kept getting worse ( apparently I was working at the school, but she never came to tell me about this) then later in the day she got wobbly and tripped over someone and fell and hit her head a second time. So by 3:30 when she came to find me for home time, she was grey, nauseated, and crying.

At first I thought she was just feeling crappy with a head ache, and we walked home. We even stopped for the Friday treat at the store. She came home sat on the couch with her ice cream, and then asked could I store it in the fridge for her. Five mins later she was asking me to sit with her. I gave her an ice pack, but it wasn't helping. She started really crying and saying she was going to be sick, then went quiet saying her whole left side felt "hollow". OK so now I'm officially scared, of course Paul isn't home I have no money for a cab, and the ER is about 15 mins away. I start calling all my friends, but no one is home! Finally I get a friend at home and she comes and grabs us and we go off to the ER.

AT the ER the nurses look a t her and we get bumped through triage really quickly and right into and examination room in a section I have never been in before. Not the usual waiting rooms where you sit on the cold paper for another 20 mins till the DR can see you. She was striped down, put on all the monitors and oxygen right away. She was able to answer all the nurses’ questions so, things got calmer as the O2 seemed to perk her up a bit, and she started to get some colour back in her.

NOW she is the drama Queen of the Western World!!!! This makes me insane! , and makes it hard to really figure out what’s going on. The Dr examined her and she complained about everything LOL. He was great with her and at one point looked at me, and I just tried not laugh about the overacting. When he finished he asked if there was anything I needed to tell him, so we went in the hall and I explained that yes she was overacting, but really had been terribly grey etc. He was really sweet and said yeah it happens with kids, he still wanted her to have the head CT and some blood work because she did look very sick and maybe something else was going on to make her dizzy. She had also been complaining about her knee hurting so we had to have an X-ray for that too.

Everything turned out fine, but he was concerned that she DID have a minor head trauma, and possibly a concussion so we absolutely did the right thing bringing her in. (THANK GOODNESS!! I always worry they think I'm an overprotective mom and wasting the time and money of the healthcare system! Fortunately the nurses kept reassuring me I should have been worried by how she looked when she came in) So the little pumpkin head came home got some kids Tylenol and slept in the big bed with mom and dad just in case anything happened in the night.


so that’s my long story. Thanks for letting me vent it out!
Posted by wicked at 9:05 am No comments:

Posted by wicked at 5:19 pm No comments: Posted by wicked at 3:56 pm No comments:

Why I gave up on "Lord of the Rings" 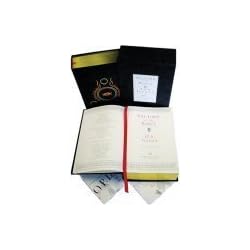 becuase it was possibly the most boring thing on the planet.

Posted by wicked at 6:57 am No comments: 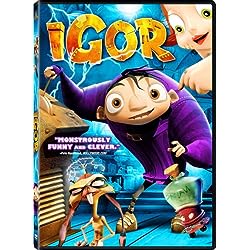 Just watched this with 2 sick kids. Thye loved it & I didn't want to put my eyes out with a fork. I love Eddie Izzard

Posted by wicked at 6:54 am No comments:

The Love/Avon Army of Women is a revolutionary initiative that will change the face of breast cancer research.

The Love/Avon Army of Women is a revolutionary initiative that will change the face of breast cancer research.
http://www.armyofwomen.org/

The Army of Women is dedicated to representing all women in research so that the research results will apply to all women. This means we need you to help us recruit women of all ages, ethnicities, sizes, and shapes. We need women who have had breast cancer and women who have not. We need African American women, Asian women, Caucasian women, and Latinas of every age and lifestyle to be involved.

You can do your part to help us spread the word about the Army of Women and reach our goal of one million women.

Been working up some sketches in the last little while. Ideas for wierd and strange characters who tend to appear to me out of now where. Feel free to comment on anything you like or dislike! Posted by wicked at 6:20 pm No comments:

join me on a journey of health and fitness

Come on and join me on a journey of health and fitness in my fitness blog http://noellehunt.blogspot.com/ !
Posted by wicked at 2:40 pm No comments:

Cool eh? I nearly missed this in my email.
Posted by wicked at 7:00 am No comments:

Do you really want to know what goes on in my mind?

wicked
Toronto, Ontario, Canada
Big Eyed Art from Internationally selling Canadian artist Noelle Hunt. Ms. Hunt's studio is filled with collectible pieces of vintage kitch, which inspire her work. Her pieces have been featured in magazines and celebrity homes. One reviewer wrote, "Ms. Hunt's style can best be described as, nouveau retro." I am inspired by all things kitsch: pin up girls, big-eyed children, pity puppies and tiki bars. These vintage things inspire my work, go through my mental filter and emerge, reshaped in a modern style. It reflects not only my inspiration but also my personality...delightfully unpretentious. Noelle Hunt has been painting since childhood,her early work was mostly inspired by an eating disorder that came very close to killing her. Disturbing representations of the female form make up the bulk of the work from that time period. Most of her present work is inspired by various nostalgic themes. One could say she "learned to lighten up." With tongue set firmly in cheek, she continues to express her own brand of humor and exorcise the demons. Noelle has done many One OF A Kind pieces for collectors through out Canada, Japan ,Australia, England,Spain France and the US.

Find Noelle's blogs where you blog!

I blog a lot, and to try and make sure everyone can read it on the favourite blog I create posts for a number of different blog venues.

So why not pop by your favourite Blog and add me?